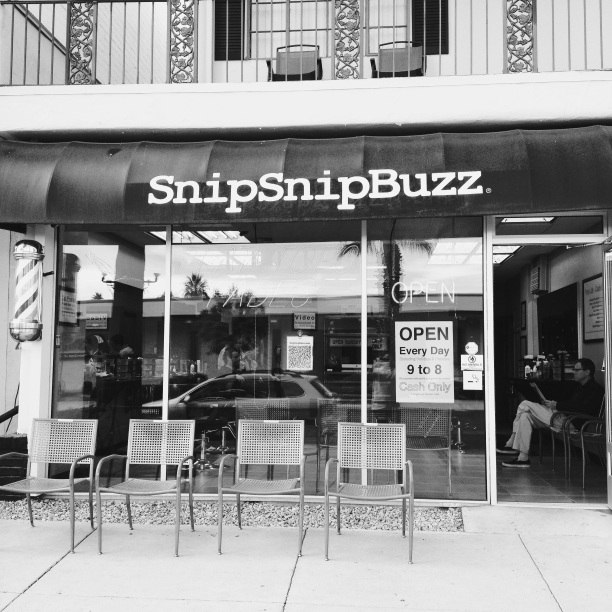 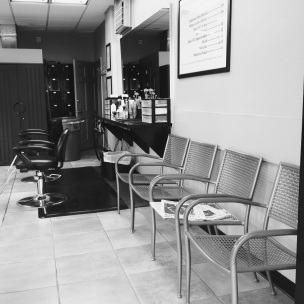 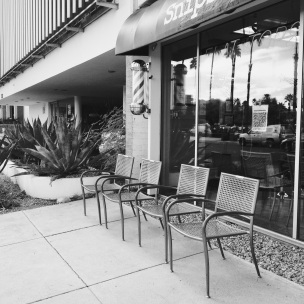 These are photos of the barber shop in which Jake got his last haircut – Monday, December 16, 2013. T and I were visiting him in Palm Springs. We took him for the haircut and dinner. It was the last time we visited. I snapped these pictures while I waited for him. You can see him through the window in the upper left and lower right photos getting one of the worst haircuts ever. I could never make up my mind which of the pictures I should select, so I am including all of them. We had a lovely visit. He was living in his own apartment with a roommate, had a job prospect lined up at a local restaurant, seemed like he was doing well. Less than two weeks later, we got the dreadful news of his passing.

I think I like the large one in the upper left. It has all the elements. Empty chairs, inside and out waiting places, someone waiting, Jake, and a slightly skewed perspective. Little did I know that this is one of the last photographs I would take of my son. I have taken thousands of them throughout his life, but none as poignant. We returned home the next day. I would speak with him during the ensuing weeks, would text, but I would never see him again.