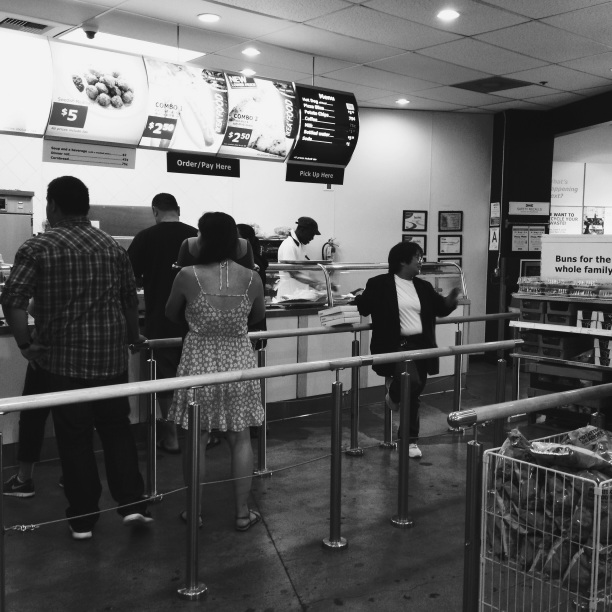 Who doesn’t love Ikea? I mean when you go there, the escalator whisks you to the very top of the store, and no matter what you are there to buy, you have to walk through the entire store to get what you want. And everything has a name. Like Omlopp or Yddingen or Iggsjön. And once you have that giant flat box home you get to spend hours assembling your TV table named Hasselvika with that tiny crappy allen wrench they give you. And what do you do with the three extra weird screws you are left with? And the food, that wonderful cafeteria with the Swedish meatballs and the Swedish hot dogs and the Swedish potato chips. Yummy. And if you have to return something, they have that swell waiting area with the cool interactive display to keep your kids occupied while you lie on those super comfy couches waiting for them to call your number. What’s not to love?

We were there buying a convertible couch named Balkarp and kitchen cabinet handles named Tyda for our guest house on one of these occasions, and knobs named Möllarp for our own kitchen cabinets on the other. Nifty brushed stainless steel handles with screws just a tiny bit too long for the doors so I had to go to the hardware store and get all new metric screws to fit. What’s not to love?